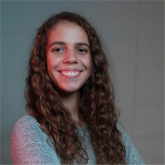 Since his early beginnings, Paul Curran Nieves has cultivated a diverse skillset. During his teenage years he worked as DJ and as a young adult, attended the University of Puerto Rico to study civil engineering. It wasn’t until he opened an ice cream parlor that dessert took center stage for the entrepreneur and creator of Bajari Handcrafted Chocolates, a chocolate brand in Puerto Rico currently available across the island

Curran followed his ice cream shop with the chocolate company, a brand that aimed to deliver a special moment with every hand-made package. At the time, his goal was to design a product that was ready to be gifted. “I wanted a chocolate that didn’t scream ‘Hey, I just thought of you last minute at the gas station’,” he said. The entrepreneur strives to create high quality products, from the packaging to every velvety bite.

Curran loves the kitchen and while working on the ice cream shop in 2010, sought out an opportunity that had yet to be developed on the island. That’s when he began to consider the local production of cocoa beans and the potential for contributing to Puerto Rico’s chocolate market. “There are a lot of people producing cacao on the island,” said Curran, “some Puerto Ricans are retiring to work on plantations and live off it.” He currently buys cacao from just two farmers, but said that many others are getting started and he looks forward to diversifying his supplier base. Even though he’s had to rely on imported produce due to the limited cacao supply on the island, he prefers the local market and tries to support it as much as he can. “I like the opportunity of helping and supporting others while making my own product,” he said.

During its early years, Bajari Handcrafted Chocolates was Curran’s side project. He would write down ideas and projections for the company in his free time, which was only producing two pounds of cacao and about 32 bars of chocolate a month, bringing in just $300 in monthly revenue. All that changed in 2015 when he took part in a TV competition called Hit 3001, a Puerto Rican version of the famous show Shark Tank. Though he believes his product wasn’t the best one in the contest, he won. “It was all about having a great pitch,” he said, and that’s how he convinced the jury that their investment in his company would be worthwhile.

The years of planning ultimately paid off and right after he received the $18,000 prize money, he sold his ice cream shop and decided to focus on the chocolate company. In 2016 Bajari chocolates were being sold in 50 coffee shops and hotels across the island. In 2017 Curran reached a total of 200 distributors when his product became available at local Walgreens, but later that year, HurricaneMaría made landfall and he lost all of his wholesalers within a week

In an attempt to reinvent the brand, Curran set his sights on a new industry: the nascent medical cannabis market. In 2018 he launched Jíbara, a chocolate cannabis brand. The chocolate is currently available in 30 of the 50 dispensaries on the island. The product is completely local, using cacao and cannabis grown in Puerto Rico. Curran is aware that his business has competitors, but spoke to what he sees as Jíbara’s defining traits; quality and ethical sourcing. “We handpick every bean, we use quality cocoa butter and the farmers are being paid well,” he said.

Each package of Jíbara contains 30 milligrams of THC and is crafted for people who aren’t used to consuming cannabis. The chocolate bar can be divided into three different pieces, each containing just 10 milligrams of THC. Their market focuses on women between the ages of 40 and 50, with the aim of helping customers that aren’t able to sleep, as well as people who have arthritis, muscular problems and other health conditions.

Although the company hasn’t yet recovered all 200 of the distributors lost after Hurricane María, Curran strives to make improvements to the product and motivate others to grow their own businesses. He wants to teach young entrepreneurs that anything is possible. “Even though it is really complicated to create a business, no one has died of it so far,” he said laughing. Learn more about Bajari chocolates and find their current distributors at www.bajarichocolates.com

Data Journalist. Currently, I help entrepreneurs to start and grow their businesses through Colmena66. I write about their success stories for BĀSED.

The 3D printing startup bootstrapped to $20 million in revenue.

A digital bookstore helping 30,000 readers fall in love with literature.

Meet the globetrotter who returned home to share the culture of her city with the world.