Sorry, no posts matched your criteria.

Stay in Touch With Us

Your thoughts are highly valued. Let us know how can we improve or if you have any suggestions on how to Move, Live, Learn, Build, and Immerse into Puerto Rico’s ecosystem. 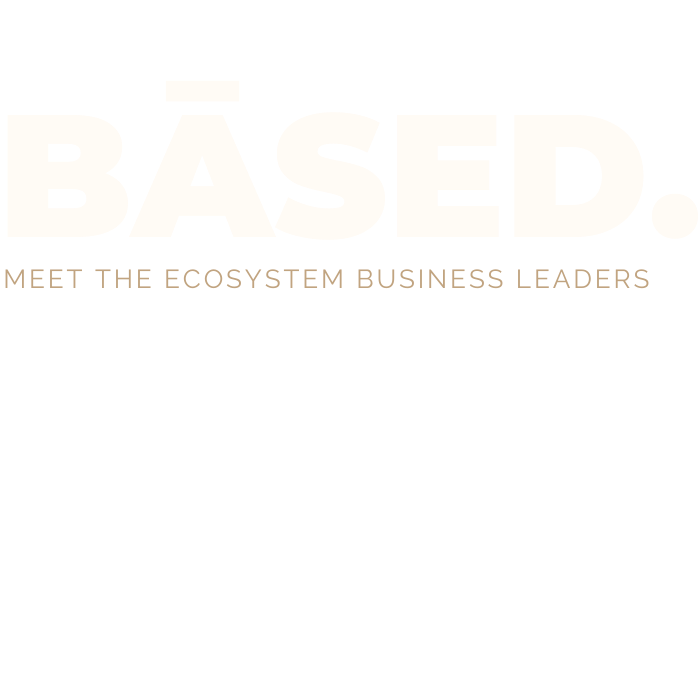 As a child growing up in one of the oldest souvenir shops in Puerto Rico, Melina Aguilar Colón realized that visitors to her hometown of Ponce were thirsty for sources of historical and cultural information during their stays in the historic city. As a young adult, she left home to fulfill her dream of travelling the world. Two years ago, these early experiences integrated to inspire Aguilar to form Isla Caribe, a tour company devoted to sharing the culture and history of Puerto Rico and in particular, the stories of her historic hometown, Ponce.

Processing…
Success! You're on the list.
Whoops! There was an error and we couldn't process your subscription. Please reload the page and try again.

During her travels across the globe, Aguilar visited over 50 countries, lived in six, and learned six languages. Aguilar settled in Jakarta, Indonesia, where she worked in international development and diplomacy. While exploring Asia, she noticed an abundance of local cultural and historical tours for travellers, and began to imagine what similar offerings might look like in Puerto Rico.

Aguilar realized that even though the island is known worldwide for its culture, educational and historical experiences for locals and travelers alike were notably rare. “I could see people walking on the streets, wondering [about] the history behind [their environment], but nobody was telling them,” she said, explaining her decision to share local culture through her own tourism company. “I felt responsible,” Aguilar said, “I had all these ideas, and I thought to myself ‘I can do something about it.’”

Aguilar began giving free walking tours through the streets of Ponce in December of 2017, just a couple of months after Hurricane María made landfall in Puerto Rico. During that time, her goal was to evaluate the market and see if people were interested in her project. The experiment went well, and a year later, she created Isla Caribe. Six months after establishing the company, she was joined by Ernie Xavier Rivera Collazo, a local archeologist and history teacher.

The entrepreneurs brought different skills to the business. Aguilar had never pictured herself as a business owner, though she grew up in her parent’s souvenir shop, the site where she first became immersed in the tourism industry. On the other hand, Rivera grew up in a small barrio of Ponce called Tibes, where the oldest human structure in Puerto Rico is located. His childhood playground was in an area rich in archaeological and colonial history. Rivera’s community was destroyed by the creation of a road and dam, and this motivated him to look for ways to rebuild it, by getting people involved in cultural and community tourism. His interest in community development and history paired perfectly with the vision of Isla Caribe, and his 12 years of teaching experience gave the company a direct connection to the local school system.

Aguilar’s zest for sharing cultural experiences and her extensive knowledge of the international development community ultimately combined with Rivera’s passion for teaching outside the classroom to create a strong foundation for Isla Caribe’s growth. To help expand their tour offerings to a growing client base, Isla Caribe began hiring guides at the beginning of 2019. The most important trait they sought in new team members was passion. “The biggest thing that people like about our team is that we are very passionate,” said Aguilar, “we know what we [are talking about], we are completely history based.” Isla Caribe’s artful mix of history, gastronomy and culture led to the company winning the Tour Guide Throwdown of 2020, an online competition where tour guides from around the world battle for first place in their industry.

Two years on, the company has evolved from a single tour to over 30 diverse offerings.  From art walks and salsa tours, to coffee and rum tastings, experiences can range from two-hour walks to entire days spent learning about the island’s rich culture and history. Tour prices vary from $20 to $60 depending on the size of a group. Prior to the COVID-19 pandemic, Isla Caribe offered tours to school groups as large as 150, in addition to catering to smaller gatherings of local and international tourists.

One of the biggest challenges the company faces is the distance between San Juan, Puerto Rico’s tourism hub, and Ponce, which is about a 90-minute drive away from the international airport. Tourism and tour companies tend to concentrate around the capital, and while cruise ships frequent the San Juan port, the port of Ponce receives very little traffic.

Isla Caribe’s marketing efforts therefore play an important role in attracting new clients. “We want to make sure that we get to everybody,” said Aguilar, “so people know that we exist.” A big part of their promotional work centers on educating the public about what Ponce has to offer. The company uses social media and content creation tools to highlight the stories and rich culture of the historic city. For example, Isla Caribe produces their own podcast, enabling customers to listen to a pre-tour on their drive over. “We needed to get people to come here, to want to get in a long car drive and be with us,” Aguilar explained.

Isla Caribe’s promotional efforts have paid off, and the entrepreneurs say that consistency has played a major role in establishing the company. For example, the company was able to gain traction by continually offering tours, even on days when just a single customer showed up. Be it one or dozens, Isla Caribe provides their clients with unique experiences, like local rum and coffee tasting. The team has managed to merge gastronomy and culture in a unique way; “we want our customers to not only get to see the culture,” said Aguilar,  “but they can also taste it and feel [that they are] part of that moment.” In this sense, the tours aim to immerse the public in an authentic Puerto Rican experience. “We want to make sure you understand the history and culture of the place, because you will want to return,” said Aguilar, “you will want to invest, and be part of this development.”

Thankfully, Isla Caribe has successfully stayed afloat during the pandemic. When an executive order was put in place during the first lockdown of 2020 and Isla Caribe wasn’t legally able to operate as usual, they reinvented themselves. Aguilar and Rivera decided to bet on virtual tourism by offering a package called the “Puerto Rico Coffee Tour Box.” The Box includes a guided video tour that the client can choose, and more than 10 local products such as coffee, cookies, and an artisan mug made out of a coconut from Humacao, a municipality on the eastern side of the island.

This new offering marks a huge achievement for the company. They have been able to reach more customers than ever, spreading their reach around the world. The team has even received orders all the way from India. Diaspora Puerto Ricans are also taking advantage of the opportunity to receive a gift from home, and have now become Isla Caribe’s largest market.

One of the company’s long term goals is to expand to the rest of the Caribbean. They are taking a slow approach to the process, and step by step, are beginning to expand across different regions of Puerto Rico. As it turns out, Isla Caribe has reached the entire planet, much sooner than expected; in August of 2020 the company began giving live virtual tours, where viewers from all corners of the globe can interact with tour guides and ask questions. Tours are scheduled regularly, and anyone interested in attending can buy tickets beforehand at the Isla Caribe website. “My goal is not only to educate locals about our history,” Aguilar said of Isla Caribe’s vision, “not only to showcase our history to our visitors, but also [to] create jobs [and] move the economy, because as we do this, other people get motivated about investing in Ponce.”

Data Journalist. Currently, I help entrepreneurs to start and grow their businesses through Colmena66. I write about their success stories for BĀSED.

Lincy Ayala, Xiomara Figueroa, and Neysha Borrero are the co-founders and developers behind the app where book lovers convene. They’ve

The 3D Printing Startup Bootstrapped To $20M In Revenue

For entrepreneurs seeking to get their business idea off the ground successfully, the task of raising enough capital to grow